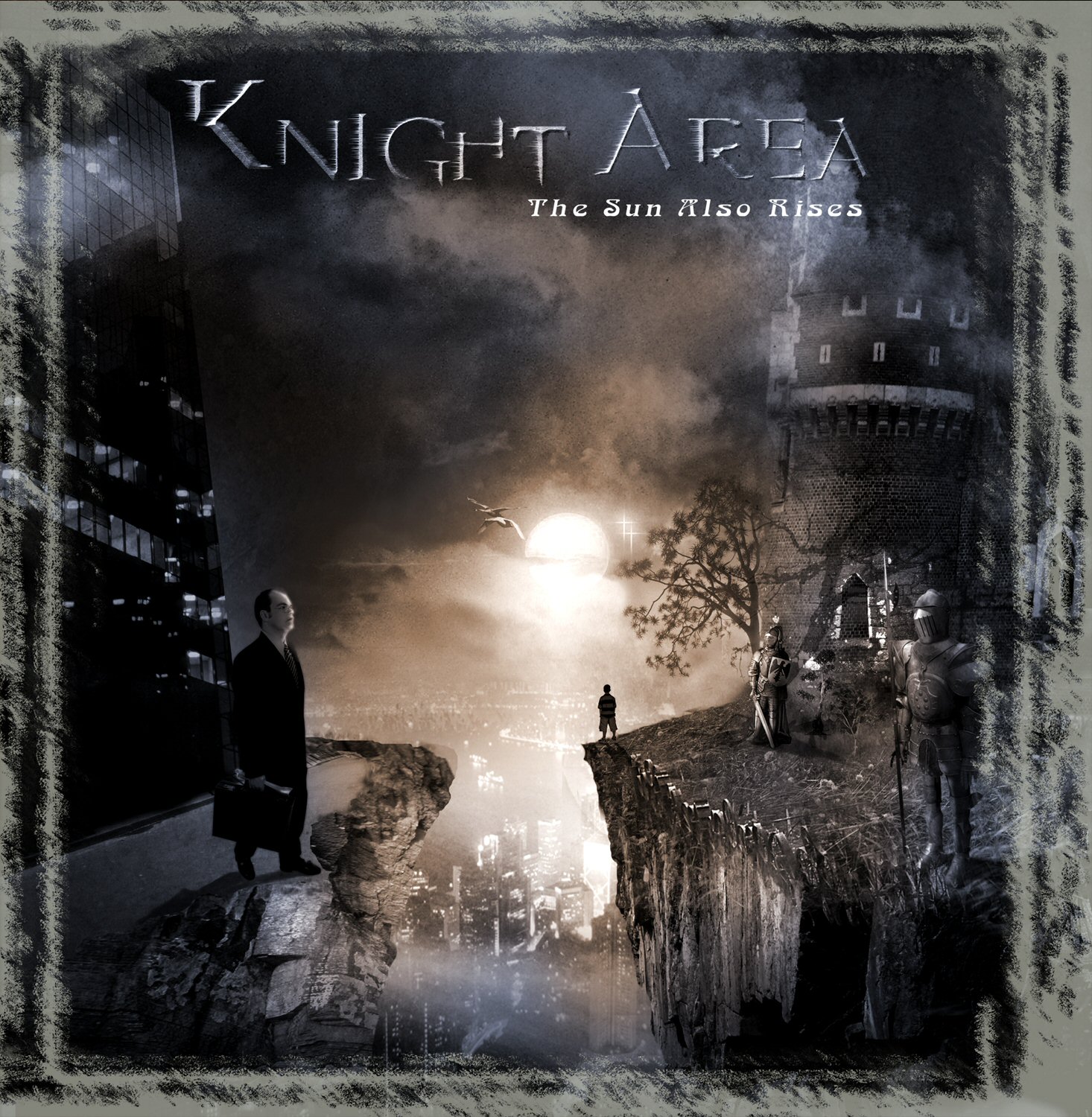 Available now on:
Update Required To play the media you will need to either update your browser to a recent version or update your Flash plugin.

Following an anxious and dark period, Gerben could see the sun again and considered: well, the sun also rises and ‘I know what I like’…, so let’s go back to work! The concepts from 1982 (The gate of eternity, Saevis… etc.) were taken from the shelf and Gerben composed a cluster of new songs, which was recorded as basic structure in the studio.

The story is about a boy who is in search for his identity (to some extent an autobiographical saga). He will locate a lot of shit on his way; nevertheless he succeeds in discovering a vigorous way to cope with his emotions.

The time until 2003, he operated with a variety of musicians to sort out his musical ideas. Mark Smit (Miracle) carried out the leading vocals, Peter van Heijningen and Jeroen Hogenboom (Sangamo) played the (lead) guitars and Ron van der Bas (what’s in a name) from Toyz and the Rickenbacker-wizard Gijs Koopman (ex-Cliffhanger) performed the bass parts. Mark van Nieuwenhuizen (ex-Sangamo) carried out some drum parts. Musical mates like Vincent Frijdal for the acoustic guitar parts and Arjan Groenendijk for the power chord parts helped out in constructing the basic arrangements. Stephanie Lagrande as well donated her talents to the album. Brother Joop is also present with his flute, lyrics and some co-production labour.

This album is dedicated to dad Klazinga (Us Heit), the Knight who was fighting the lost Alzheimer-battle (1927-2003).

The album was recorded, produced and mastered at Knight Area-Studios in Holland by Gerben and Joop Klazinga between April 2001 and March 2003. The project has been released in the spring of 2004 by the renowned USA label The Laser’s Edge.

See also the lyrics and reviews of The Sun Also Rises.